The relevance of Vegetation Structure by Wendy Gleen

The relevance of Vegetation Structure

Sharyn, team leader of Wyee Point Landcare, has Kangaroos at her site. This small population of Eastern Greys is part of the neighbourhood; they lounge around people’s yards and hop casually along the footpath as if acting in a utopian Australian movie. Though they are living in an urban landscape, the forested natural areas are necessary to their survival, for refuge and herbivory. Sharyn astutely observes that the dense lantana spreading through the forest impedes their access, and it got me thinking about how important the physical structure of vegetation is in shaping the ecology of each bushland patch.

The way and extent to which birds, insects and animals use a patch of bushland is in part determined by vegetation structure. This is a measure of the density of vegetation but also its architecture – the physical arrangement of a plant and its parts. Plant structure is as varied an expression of biodiversity as the floristics of a site, and has an important impact on fauna distribution and habitat use. One of the first studies by Mac Arthur and Mac Arthur (1961) describes how bird diversity is correlated to the evenness of vegetation in the vertical plane – termed foliage height diversity. Though most subsequent research has been on birds and invertebrates it is safe to assume that it affects mammals just as much and the little research that is available supports this.

At Wyee Point the natural vegetation community is a Foreshore Red Gum – Rough barked Apple Forest (critically endangered). The predominant vegetation structure is vertical (tree trunks) with a sparse mid and understory – perfect for large macropods to move around. Unfortunately, the weed lantana is able to grow here more densely than native vegetation, and also has a strongly horizontal stem pattern which creates an unnaturally impenetrable barrier for kangaroos.

The ecological impacts come full circle when you consider that kangaroos shape the landscape by influencing nutrient cycles (as part of the food chain and by their urine and faeces) and by impacting vegetation structure by grazing. By keeping vegetation short in a mosaic fashion, they may improve habitat quality for small mammals, ground dwelling birds and lizards – which in turn undertake ecosystem services! This shows how weeds can have complex flow-on effects: if kangaroo populations are affected by lantana then potentially a whole lot of other species, and forest function are altered as well. 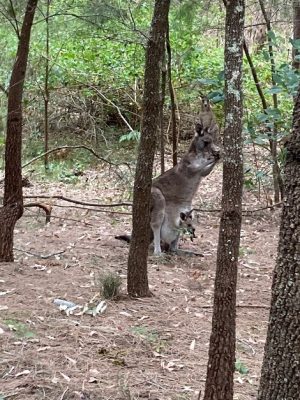 Above: Eastern Grey Kangaroo at Wyee Point showing the natural vegetation structure (open, vertical) in the foreground and the Lantana thicket (dense, horizontal structure) in the background. (Photo: W. Gleen) 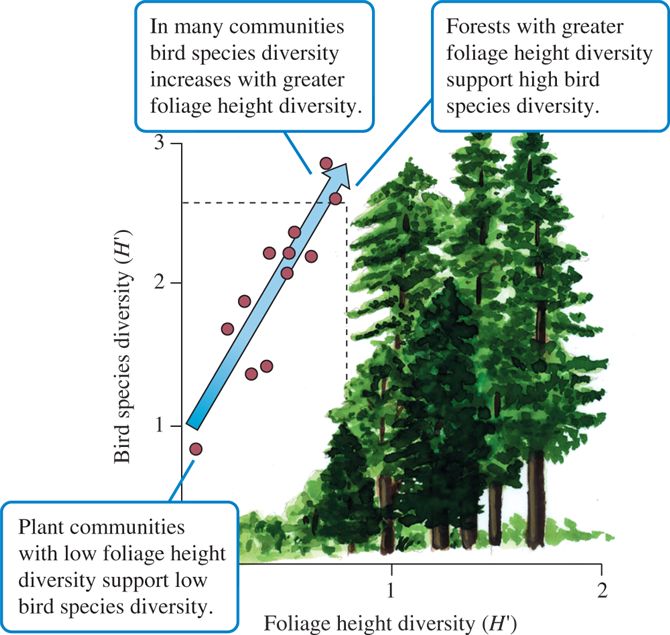 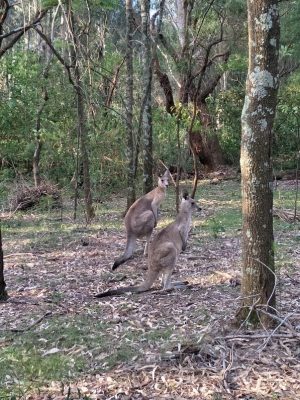 Above: Lantana rafted in the background by Sharyn, as slow, careful bush regeneration is undertaken, giving Kangaroos room to move. Photo: Sharyn Coleman.

Gleen, W. “Life on the Edge: Population and Behavioural Responses of the Native Bush rat to Invasive Species at the Urban Edge.” M.Sc Thesis. The University of Sydney 2013